How to Make Glitter Hearts using the Cricut and Shipping Tape 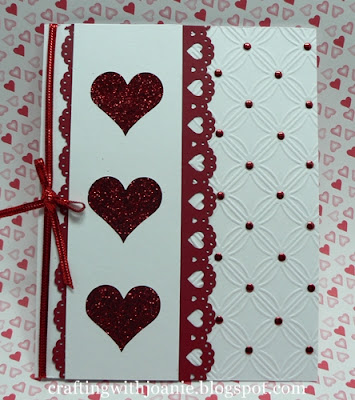 Hello !!  My inspiration for this card came from Dawn at dawnstampingthoughts.  I made the card two different ways so that it would be of help to you if you would like to reproduce it.  The hearts on this card were cut out using the cricut cartridge Plantin School Book.  When cutting out the hearts you need at least a half inch on the sides and at least that much between the hearts.   After loading the paper I used the arrow directional buttons to give me the correct distance between hearts. (Remember to count the number of times you pushed the button so that you can line up the next heart at the very same place but lower than the previous heart.  I counted in 10 clicks and also down 10 to begin.  After the first heart was made I only used 5 clicks between the hearts.  I also used the cuddlebug folder Geometric Rings.  A MS punch for the decorative borders.  I glittered the hearts using packaging tape.  After the hearts are cut out you simply apply the tape to the back of your project.  When you flip it over you can now apply your glitter.  I gave it a couple of applications to make sure that it was fully covered. 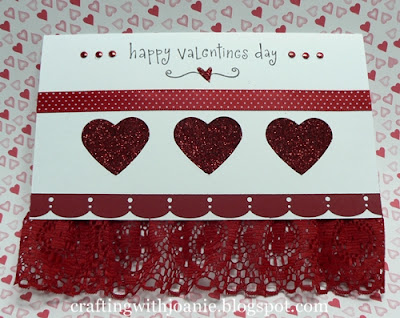 To make these hearts I used a MS heart punch.  I made the center heart and used the sides of the punch to line up for the next one on either side.  This time I just used scotch tape.  Worked as well as the packaging tape but needed to apply two strips of it to cover the heart.  Again after applying the tape flip it over and sprinkle your glitter on.  I used a scratch piece of paper to put over my work and went over all with my fingers.  After clearing off the excess I found that another application was needed just to give it full coverage.  Cloth lace was added to this one and gave it another look.

Thanks for visiting today, hope you try these glitter hearts, fun to make, have a good one, Happy Crafting,  ;-)  Joanie
Labels: Techniques and Tips, Valentine

I never thought to flip tape over and use the sticky side to attach stuff like glitter. That's cool!

Neat cards. I never tire of red and hearts.

This blog offers a little glimpse into my paper crafting hobby----as a small way to thank the countless ladies out in blogland and on Pinterest whose talent in the area of paper crafting inspires me daily. Perhaps, now and again, I will inspire you in return! :-)

Thank you for stopping by to join in my crafting journey. Sometimes my daughter will post things here, too.

You are welcome back anytime,

From time to time, we have each been blessed with recognition. We thought it would be appropriate to display them here. -Hugs, Joanie and Brenda 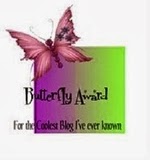 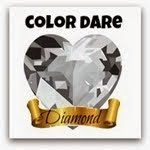